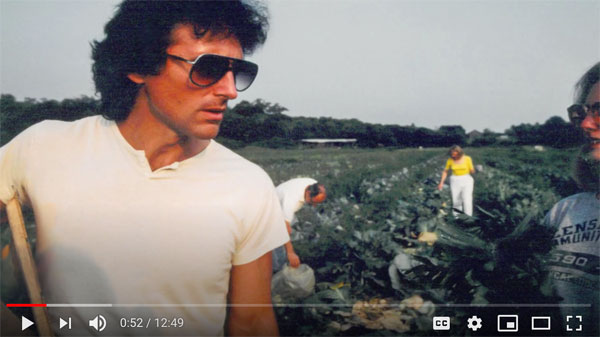 In our new coronavirus world, there still remain signs for hope. Although infection rates are rising in rural America and in some European nations, deaths have declined substantially, especially in the US.  This is the good news.

However, the international emphasis is now single-minded towards developing a vaccine as soon as possible under the assumption that it will protect its recipients from acquiring symptoms of illness. There remain many controversies over whether or not such a vaccine will be effective. Dr. Peter Doshi, Associate Editor for the British Medical Journal, recently published an article stating an observation that will surely upset vaccine advocates.  “None of the trials currently underway,” Doshi writes, “are designed to detect a reduction in any serious outcome such as hospitalizations, intensive care use, deaths. Nor are the vaccines being studied to determine whether they can interrupt transmission of the virus.”  Please allow his statement to sink in for a moment. In other words, based upon the trials underway, whether these vaccines will protect you or others is completely unknown.

In the meantime, the New York Times, Washington Post and major networks continue to fuel our national panic by reminding us that a second wave is forthcoming and we must constantly be aware of Covd-19’s lethality.  Thus we must constantly be diligent to protect ourselves by wearing masks, respect social distancing, hygiene and other measures.

But something remains very puzzling.  Does the average person truly understand or know how to decipher the statistics that health officials and the media feed us daily?

For example, we hear repeatedly that more and more people are being diagnosed with Covid. However, actual deaths have leveled off substantially despite rising case numbers. Deaths are in no way similar to the large March and April spikes when far fewer people were being tested. There is also a growing number of scientists and physicians challenging these statistics and questioning the methods by which they are being tabulated. The standard PCR test, the most relied upon diagnostic tool, is non-specific for detecting the Covid-19 strain. Other tests are terribly inaccurate. You may have had a small cold from any one of many coronavirus strains months ago and still test PCR-positive and be ruled as having contracted Covid-19. Of course the more tests performed will result in an increase in positive outcomes, especially among those who are asymptomatic, mildly so, or may have contracted it in the past but are no longer infected. If everyone were tested for the herpes virus, for example, we would have a herpes pandemic that would dwarf Covid-19 by the mere policy of widespread testing. But PCR was never intended for clinical use or diagnostics. The figures being broadcasted, therefore, do not represent reliable data to conclude there is a real present danger. But for people, if they test positive, even with a grossly inaccurate test, they will believe they are infected and could develop full-blown symptoms and die. Indeed, for a much smaller segment of people this is true, just as it is for the flu and other infectious respiratory illnesses.

We decided to investigate the disparate and contradictory figures being touted and try to determine what people are actually dying from. Is it Covid, other respiratory illnesses such as pneumonia, or pre-existing comorbidities along with the virus?

During the first six months of the pandemic, overall deaths were being almost exclusively attributed to Covid-19 and did not indicate other possible or even more likely causes.  Now that death certificates are being reexamined and reevaluated, it raises an alarming question. The CDC has stated that, “For 6% of the deaths, Covid-19 was the only cause mentioned.” If a person, therefore, has end-stage congested heart disease and/or diabetes, for example, but tested Covid-positive, does that mean the virus is the primary cause? Or is it secondary or even tertiary?

Now that the CDC, as well as other nations such as Italy, have officially stated that Covid-19 alone is responsible for far less deaths than previously reported, the entire pandemic scenario and wisdom behind lockdowns needs to be reevaluated. Stanford University’s Dr. Johann Ioannidis recent study in the Bulletin of the World Health Organization reviewed the available scientific studies and concluded that there was no huge spike in deaths that can be attributed exclusively to Covid-19.  One project estimated that about a half a billion people have been infected, which is far greater than the 29 million documented by laboratory testing. Using these figures, the actual fatality rate is less than 0.2 percent and, Ioannidis adds, “may be brought even lower.” Ioannidis’ analysis debunks recent headlines that 300,000 Americans have died from Covid. Consequently, the pandemic is only based upon numerical calculations that have little relevancy to real biological cause.

There is a rising concern among federal health officials about the soaring rates in drug overdoses and suicides, which can be largely credited to the pandemic response and its socio-economic fallout:  loss of jobs, foreclosures, family strife, depression, loss of health insurance and welfare benefits, and being confined indoors.  Although there are no national statistics for drug overdose and suicide deaths this year, 40 states have reported opioid and other drug fatalities higher than 2019 rates. In July, the CDC roughly estimated a 13 percent increase. Based on official 2019 rates, this would account for 9,000 to 12,000 additional deaths this year. Fresno is reporting a 70 percent overdose increase since the start of the pandemic. Suicides among teens is skyrocketing. For every single teen suicide there are now 200 attempts. In 2018, the rate was one successful suicide for every 30 attempts. We have never faced such a crisis in our history. But nobody is speaking about this scourge in the context of the draconian government efforts in the war against corona.

Other protective measures to counter the virus, noticeably quarantines and isolation, are contributing to an increase in the severity of pre-existing illness and preventable deaths. Under normal circumstances, patients with cancer and other autoimmune diseases, cardiovascular disease, diabetes, chronic respiratory illness, etc, would be visiting their physicians or going to the hospital when needed for proper standard care treatment. Those avenues have largely been shut down for millions of sick Americans. Instead those with compromised immune systems are terrified to leave their homes in fear of contracting the virus. This is a very real and underreported crisis. In June, the New York Times published an article “There Has Been an Increase in Other Causes of Deaths, Not Just Coronavirus.” The story reported a 10 percent increase in all causes of death, including a 15 percent rise in heart disease and diabetes; 5 percent increase in influenza and respiratory deaths, and a 1 percent increase in Alzheimer’s deaths. Therefore, unlike previous years, more patients now are dying from the lack of medical attention. And we might add a Kaiser report states that 45 percent of all Covid-19 deaths are patients in long-term care facilities such as nursing homes and hospice. Yet, this demographic makes up only 8 percent of total Covid cases. Why is there this glaring discrepancy? Clearly, we are miscalculating the causes of the death horribly………………..

It is now widely acknowledged that between last February and June, many of the actual deaths were not caused by Covid-19 but from pre-existing comorbidities or inappropriate medical interventions and therapies, such as the inappropriate use of ventilators and drugs, and a lack of preparedness in general primary care.  Consequently many errors in judgment were made.  But in our opinion, the most egregious blunder was to base official health policy to tackle the pandemic on flawed mathematical modeling to determine the virus’ virulence, circulation and lethality. Sadly, seemingly no lessons have been learned from these far-reaching errors.

As of October 22nd, the CDC website tracking Covid-19 statistics was reporting 208,600 deaths that in “some way” involved the virus. But the number of pneumonia deaths, with or without Covid-19, stands at around 213,800. And 94,800 deaths are being reported due to Covid but with pneumonia. Seventy-nine % of deaths assigned to Covid-19 are individuals aged 65 and older. If we compare the total number of deaths from all causes during the past six years with the present trend today, since two more months remain before the year’s end, we are on pace to be only very slightly higher.  But this is no more than a very bad flu season.

So after we take a bird’s eye view of our corona landscape, reflect on the official numbers and statistics, we must question the justification for the draconian efforts being undertaken to isolate the nation until a vaccine arrives. And, as we have reported earlier, there is no certainty that a vaccine will have much effect in reducing infection rates.

An equally large problem is that the mainstream media, with all its talent and fact checking capabilities, should be able to recognize this terrain of statistical inconsistencies and report on it. Yet it has failed to do so. It raises the question whether any of our news outlets are there to educate the public or are simply a wing of the CDC’s and NIAID’s public relations……READ THE FULL ARTICLE