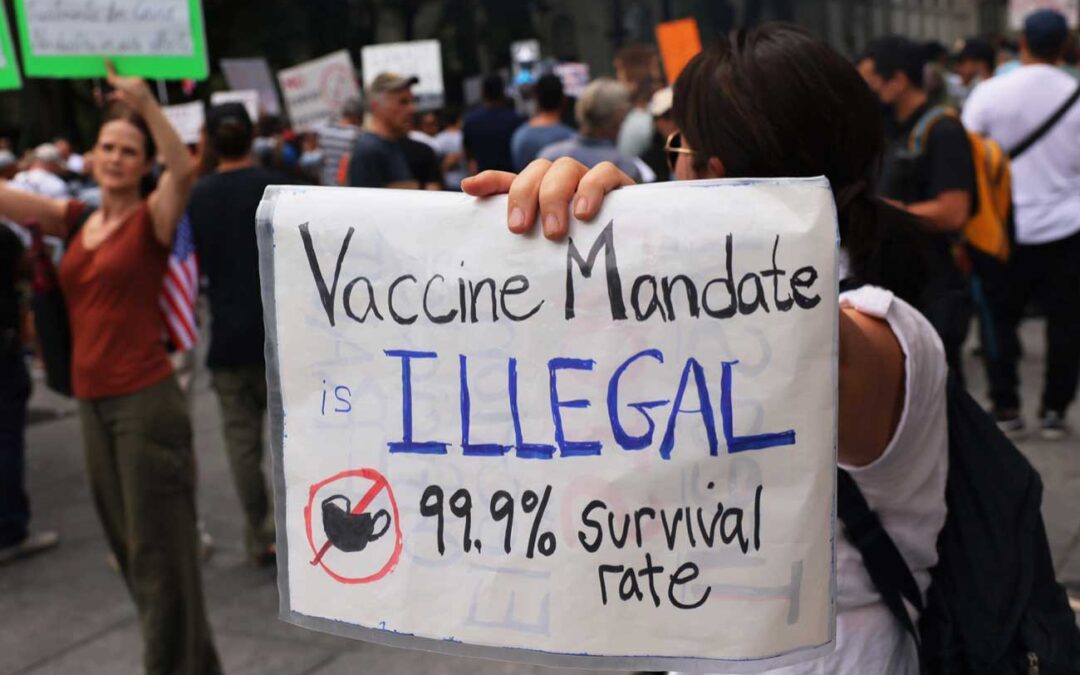 A group of restaurants and businesses have filed suit against Mayor Bill de Blasio in opposition to a mandate requiring proof of vaccination at city eateries, gyms, movie theaters and other establishments, new court papers show.

The businesses argue that the mandate violates their constitutional rights and unfairly targets certain establishments but not others like churches, grocery stores, schools, offices and medical facilities, the lawsuit filed Tuesday in Staten Island Supreme Court alleges.

The mandate also doesn’t accommodate certain exceptions for getting vaccinated such as those who’ve already gotten the virus; those who are allergic to ingredients in the vaccine; those who have pre-existing conditions that make getting the vaccine risky; and those whose religious beliefs stop them from getting it, the filing argues.

“The decision to get the vaccine should ultimately lie with the individual and his doctor, who knows that persons’ complete medical history, rather than a politician,” the court papers claim.

Further, emergency orders have been in effect for almost two years and instead of easing off, “the mayor implemented even more arbitrary executive orders, trampling more recklessly on constitutional rights,” the suit charges.

The mandate also threatens people’s livelihoods, making it “impossible for anyone who chooses not to be vaccinated for whatever reason, to work in the designated industries,” the court papers claim.