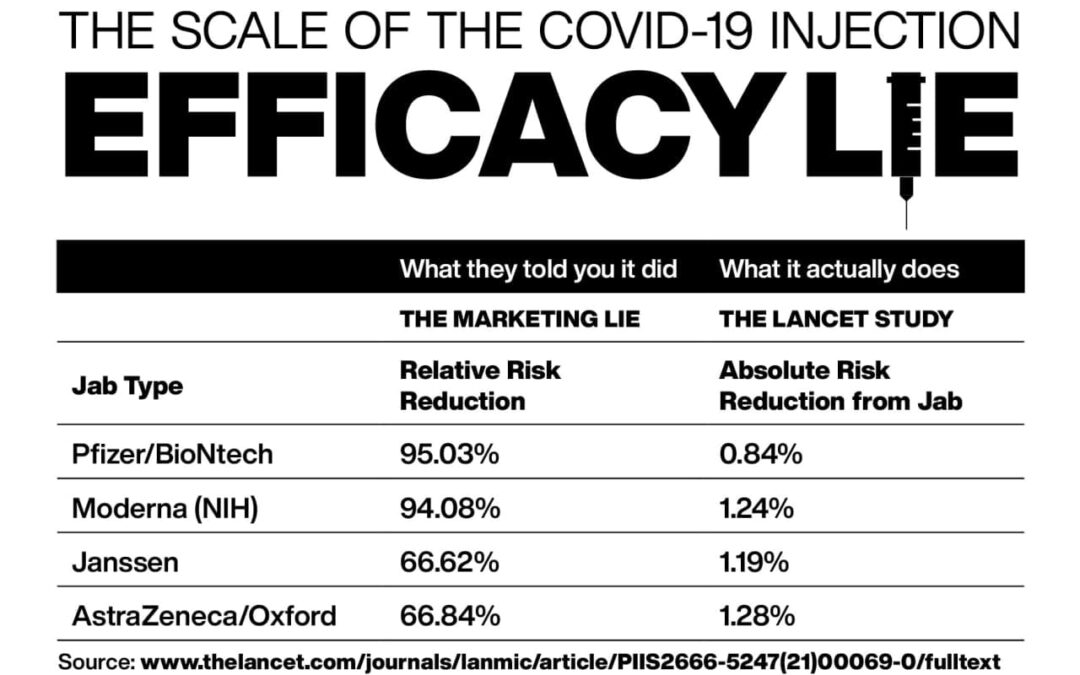 Yeadon was commenting on an article appearing in The Lancet and critiquing a documentary that scrutinized a Pfizer efficacy study, calling the distinction raised therein between relative risk reduction and absolute risk reduction “accurate”.

“However, RRR should be seen against the background risk of being infected and becoming ill with COVID-19, which varies between populations and over time. Although the RRR considers only participants who could benefit from the vaccine, the absolute risk reduction (ARR), which is the difference between attack rates with and without a vaccine, considers the whole population. ARRs tend to be ignored because they give a much less impressive effect size than RRRs: 1·3% for the AstraZeneca–Oxford, 1·2% for the Moderna–NIH, 1·2% for the J&J, 0·93% for the Gamaleya, and 0·84% for the Pfizer–BioNTech vaccines.”

“Pfizer reported that its vaccine showed a 95% efficacy,” explained the documentary, entitled COVID Shot or Not? “That sounds like it protects you 95% of the time. But that’s not actually what that number means.